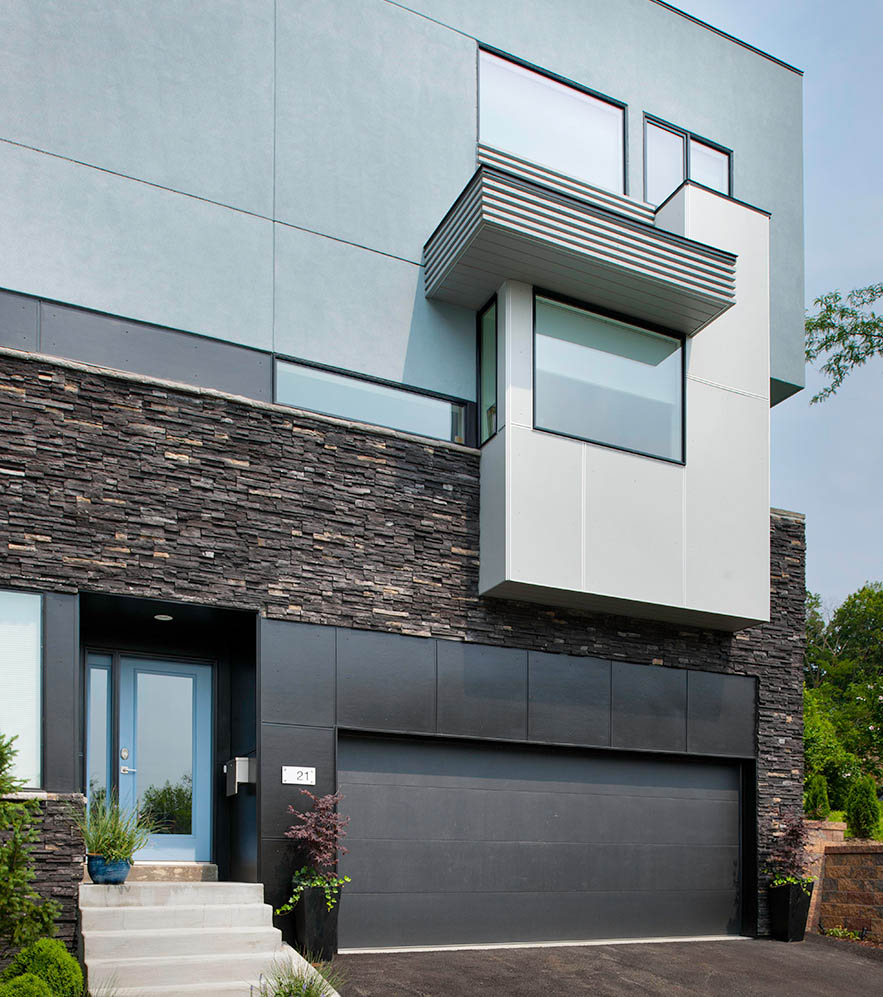 Bailey Park is so new, it had to be given a name.

“There is no sub-neighborhood here,” developer and architect Justin Cipriani says of the new one he is working on. “So that’s why we came up with Bailey Park.”

He is talking about a community of 11 homes and an apartment building on the fringe of Grandview Park right where Bailey Avenue and Beltzhoover Avenue meet.

He wants the area to be its own neighborhood so much that he is building a loop street around two of the homes and behind the other nine.

The street will meet city standards so all municipally provided functions — such as garbage collection and snow removal — can take place there.

“So there is no HOA (homeowners’ agreement) or anything like that,” he says. “It becomes a real neighborhood.”

Work has begun on the first three homes, which are sold and are expected to be finished by July or August. They are starting at $469,000. Cipriani expects to build about three a year. Meanwhile, the 10-unit apartment building is expected to be ready by 2015.

Rick Belloli and James Eash of Mt. Washington Community Development Corp. think Cipriani has begun to “stretch the envelope” of home projects there, as Belloli says.

Mt. Washington is known mostly for work on its western end near the famed overlook and restaurants, says interim Executive Director Belloli. But he says the eastern end near Allentown is full of developable property, such as the Cipriani site.

Eash, director of economic development, believes the architect has hit upon a “sweet spot” that will appeal to buyers interested in city life and a dramatic setting. He sees it as a site for young professionals or for empty-nesters seeking a home with few upkeep demands.

He regards the work as proof that development of public spaces such as Grandview Park or nearby Emerald Park can spark private spending.

Brian Sergi-Curfman, an associate broker for Howard-Hanna Real Estate, says buying homes that are basically dreams is “a leap of faith.” But he says he has had no trouble showing the lots.

For Cipriani, it is an extension of his work in Mt. Washington that began with a three-condo building that opened in 2012 on Neff Street, not too far off Boggs Avenue. Those three units — one of which the architect calls home — are in a fresh, angular design that resembles the look of the homes at Bailey Park.

“This is the Macbook Pro; the others will be iPads,” is the way he has described the similarity between the buildings. He uses another cyber-analogy these days talking about the custom nature of homes in Bailey Park.

“It’s like going into an Apple store and picking out this chip and that chip,” he says.

The homes sit on a slope overlooking Emerald Park. While working on his other Mt. Washington project, he began to look for other pieces of land that were developable and came across the stretch next to Grandview Park.

There were challenges, he admits.

The properties are sloped across the ridge at the crest of the park. Two city water towers more or less mark the end of the land. A neighborhood of older frame homes sits next door.

In the plan he devised, nine three-story, rectangular homes climb up that slope. Each is a different height than any of the others, and all will have a walk-out that looks at the Downtown skyline.

The backs of the buildings have spaces outside the kitchens that peer into the valley behind Mt. Washington.

The two houses on the new street to be built behind the others will not have a Downtown view, but will overlook the valley.

Similarly, the apartment building, closer to the water towers, will look into the valley.

He says he is considering a “rent to own” program for the apartments, which will be 1,200 square feet. Such a program would allow a renter to build equity in a home and avoid the often tough battle to find a mortgage for a condo.

Rents have not been determined.

Cipriani, who is also working on a unit in Lawrenceville, sees potential for other projects in Mt. Washington and Allentown.

That idea fits with Sergi-Curfman’s thinking about the architect.

“Justin has pretty amazing vision to see ways to develop the area,” he says.