IN THE NEWS: Carlton Court Featured In NEXT Pittsburgh 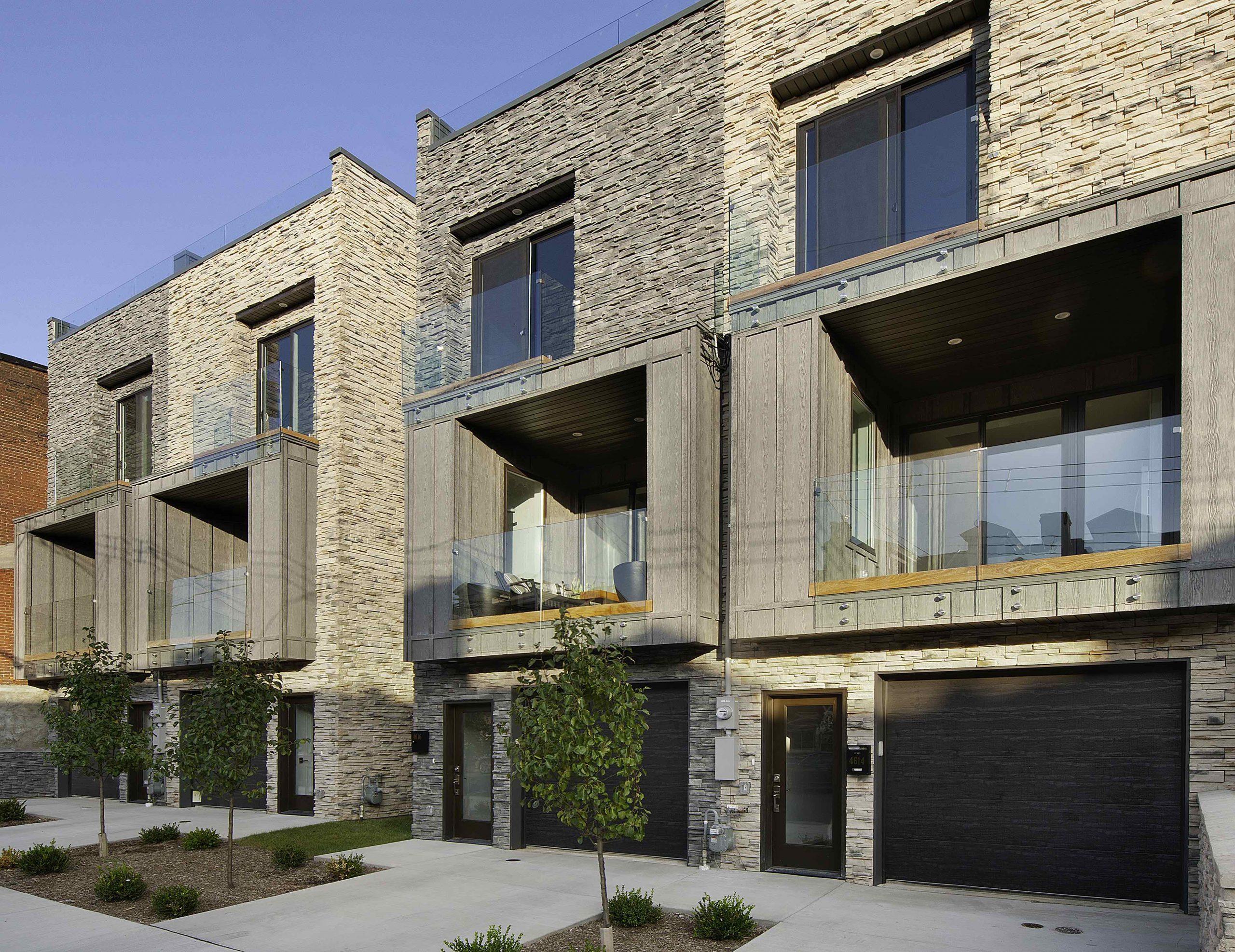 Lawrenceville, the working-class neighborhood that became a mecca for young professionals, has three new construction projects on the horizon — The Wainwright, Lola Square and Carlton Court — that offer condominiums and townhomes ranging in price from $275,000 to $659,000.

The Wainwright’s one-bedroom units sell for $275,000, while the most expensive layout — a two-bedroom, top floor corner unit with a den and balcony — is priced at $409,000. Designed by JMAC Architects and built by Irwin M. Fletcher, L.P. (Anthony Dolan, Alphabet City’s president, is managing partner), the red brick building has commercial tenants on its first floor: Burgh’ers, Waxing the City and Disappearing Ink.

“We’re getting so much interest. We think this is going to be a big success,” says Lori Hummel, a Howard Hanna agent marketing these condos, located at 3607 Butler St. They offer a LERTA tax abatement of city and school taxes on the first $250,000 of assessed value for the next eight years. Among the buyers? A graduate student moving to Pittsburgh and a pharmacist.

These projects, like so many others recently, are drawing attention among these higher-income buyers hungry for a Lawrenceville home. A number of units in these three developments have sold, real estate agents say, and some aren’t even built yet.

At the same time, members of Lawrenceville’s community are questioning the impact of three new luxury developments.

New construction has become part of the trend in Lawrenceville, where renovations of older homes also continue. Renovations over the past decade changed the long, narrow neighborhood along the Allegheny River from a place where millworkers raised their families and grew old in their homes, to one that attracts doctors, tech and robotics workers and other young professionals.

With quick access to Pittsburgh’s hospitals and Downtown, Lawrenceville is easy to sell to homebuyers seeking a walkable neighborhood that has restaurants, shops and an art scene. It’s become a vastly different neighborhood in the 15 years since row houses were selling for $30,000, and sometimes less.

“I have people say to me all the time, ‘We sold my grandparents’ house in Lawrenceville for $20,000 and if we’d kept it, we could have sold it for a quarter-million today,’” says Hummel. “It was a neighborhood filled with the community that built Pittsburgh, blue-collar workers, with average worker homes. It’s nice to have that kind of diversity.”

Breingan hears this same sentiment frequently: “We’re seeing displacement and it’s frustrating that we’re creating all this new housing, but it’s not being created for everybody. It’s just being created for a very specific income group. That’s really changing the existing fabric of the neighborhood.”

Developers do say they’re focused on blending new construction in with the existing architecture in the neighborhood.

That was a consideration in the planning of Lola Square. Co-developers Icon Development and A. Martini & Co. will break ground in 30 days on this set of four townhomes at Charlotte Street and Mulberry Way near 37th Street, says Sarah Madia, a RE/MAX Select Realty agent who built her home in Lawrenceville six years ago. The architect, Dunn and Associates, mixed brick into the exterior design so the buildings will fit with the neighborhood.

“We want it to look classic within 20 years,” says Madia.

The development team for Lola Square also includes i2Advisor’s. Priced from $609,000 to $659,000, these homes will have three bedrooms, three-and-a-half baths, two-car garages, and rooftop decks — all aspects that people want in new construction, she says. They’ll be wider than most homes in Lawrenceville, where skinny buildings rule, and they’ll be attached like duplexes. Having only one shared wall will allow for many windows and natural light.

“We pay close attention to detail,” says developer Jason Lardo with Icon. “Why Lawrenceville? It’s a great neighborhood with great energy and there’s definitely a need for this type of product, on the higher end. We’re big believers in Pittsburgh and the East End.”

He’s aware of the need to be cautious about gentrifying some of Pittsburgh’s neighborhoods, he says, but notes that developers are providing what people moving to the city desire.

“If you don’t have new, quality housing for people who come in from out of town, they’re not coming,” Lardo says. “If we’re trying to compete with other world-class cities — and I believe Pittsburgh is a world-class city — then we have to have quality, new product. You can’t change the cost of building. If I build in Homewood or Lawrenceville or Shadyside, it’s the same cost to build.”

Like the condos, the new townhomes in Lawrenceville qualify for a tax abatement for 10 years.

These homes, designed by architect Justin Cipriani and starting at $595,000, will include a two-tier patio and backyard, says Michelle Sager, an agent with Albert Anthony Real Estate. The builder, Regis Makowski with Shape Development Group, will break ground April 30 and expects to complete construction in December.

Sager recently signed her first sale for Carlton Court, to a lung surgeon who works at Presbyterian Hospital. Other potential tenants include suburban homeowners looking to return to the city, Sager says. “I’ve talked to a couple people, too,” she says, “who want to purchase as an investment.”

Breingan understands why Lawrenceville is so appealing to newcomers. “The challenge is, how can we grow and still continue to create opportunities for everybody,” he says. “And how can we alleviate some of the displacement that’s occurred?”