IN THE NEWS: Modern Townhome in Lawrenceville Priced at $589,000 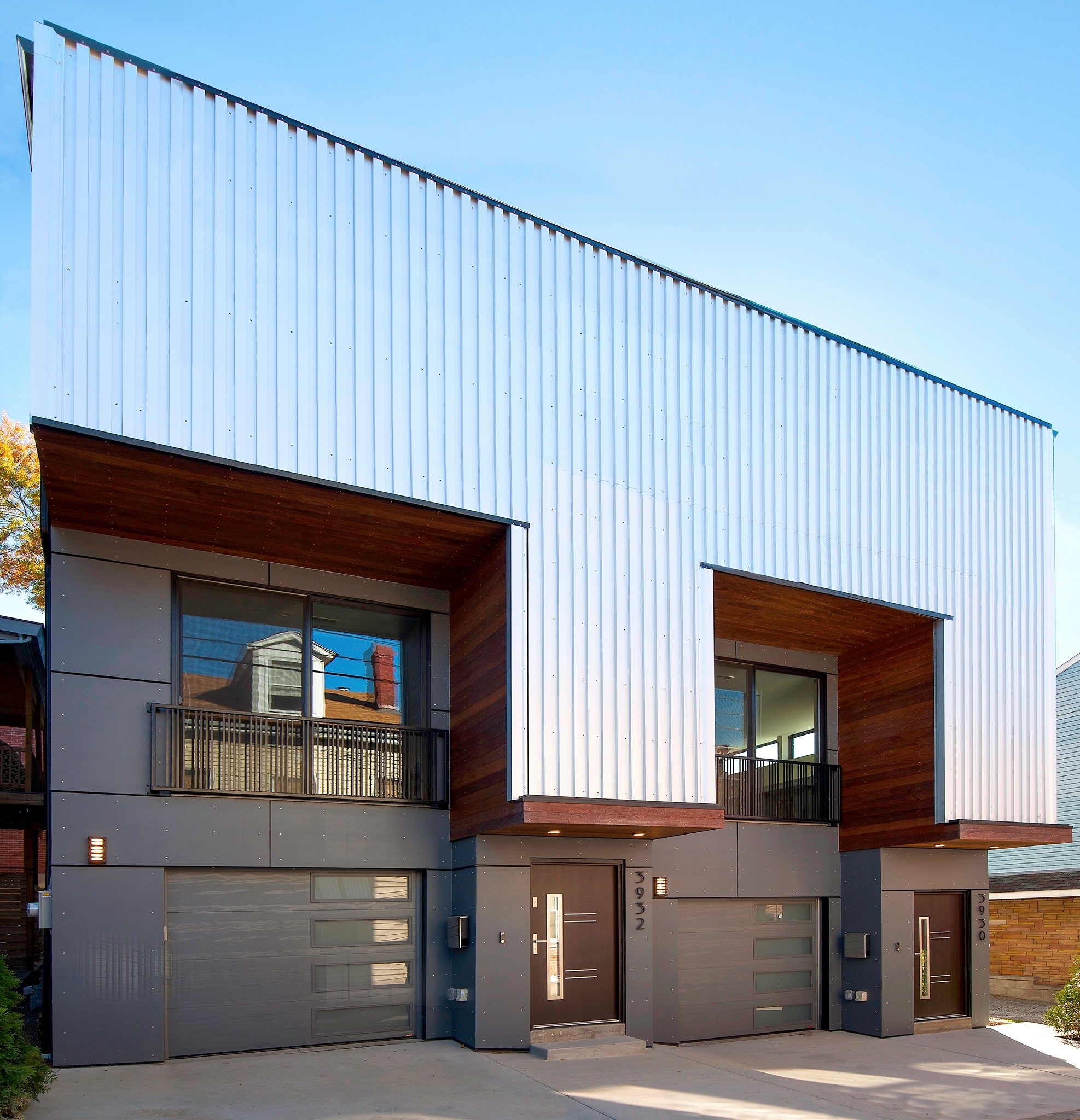 The row houses along Woolslayer Way in Lawrenceville are from another era. Except 3930 and 3932 — they’re new from the ground up.

They had done a few fix and flips in San Diego and decided it would work just as well here. But why Pittsburgh?

“The Mon Valley is my wife’s home,” Tisdale explained.

They started Smokey Joe Properties LLC in 2017, a year after they arrived.

“Obviously since we got here the market has changed really drastically,” Tisdale said.

The new townhome at 3932 Woolslayer Way is in Lower Lawrenceville on the neighborhood’s border with Bloomfield. The three-bedroom, 3½-bath house (MLS No. 1491415) is priced at $589,000 and is currently under contract. It was listed with ListwithFreedom.com.

The 2,190-square-foot house was designed by architect Justin Cipriani of Cipriani Studios in Upper St. Clair. The owners contributed their insight to the design based on what they have found local buyers want.

“What I really like about 3932 Woolslayer Way is that it is nice and modern but not too sterile-looking,” said Tisdale.

Hidden tray lighting in the main living space adds a touch of sophistication. Large windows and Andersen sliding doors bring in lots of light. The master suite includes a large-tiled walk-in shower and walk-in closet. On the same floor is the second bedroom and full bathroom with tub and shower. The third bedroom on the entry level can be converted to a study or den.

“We carefully choose all the finishes such as the quartz countertops and the stainless-steel Samsung appliaces because we want to put together a nice place that does not look like the builders skimped,” Tisdale said.

She is especially proud of the rooftop deck.

“The rooftop deck with a nice view of Downtown and across the river to Millvale is really nice,” she said.  “When the trees are in bloom, it feels like you are in a treehouse, especially from the master bedroom.”

Tisdale said that Woolslayer Way is not as busy as surrounding streets. Another plus to this three-story home is its integrated ground-floor garage.

The property’s assessment on the Allegheny County Real Estate portal includes only land, but the land and property assessment on the other new townhome is $7,100. Over the last three years, eight houses have sold in the 3900 block of Woolslayer Way for prices ranging from $60,000 in June 2018 to $556,000 for the adjacent townhome in December 2020 (www2.alleghenycounty.us/RealEstate/GeneralInfo.aspx?).

Tisdale said they have also done rehabs with traditional style.

“We had rehabbed two older homes in Regent Square and ended up living in one,” she said.

Another of their projects was an old warehouse in Bloomfield. “We fixed that up and put on a new roof and we are now leasing that to a brewery.”

Tisdale admitted she and her wife get emotionally attached to their projects.

“We do drive by when we are in the areas sometimes and think ‘Oh good, they are taking care of it.’”