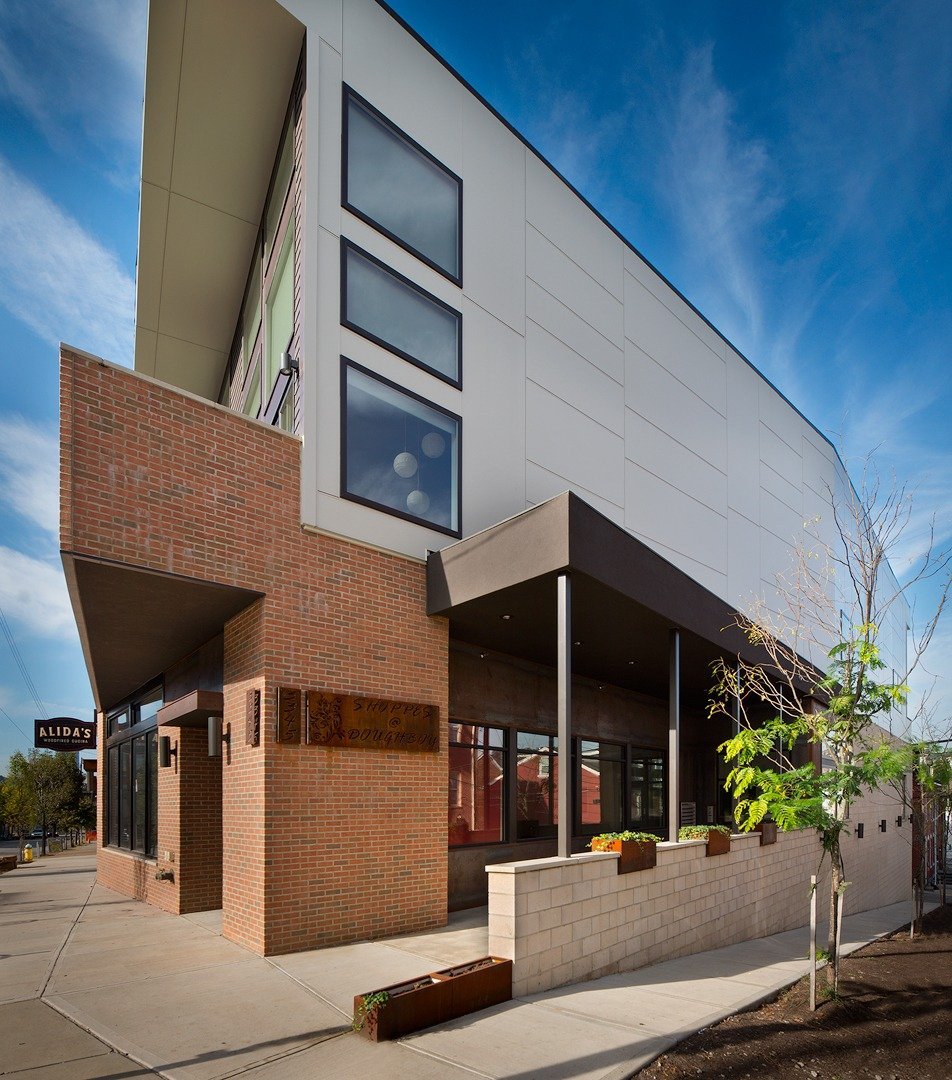 It has been decades since Lawrenceville’s Doughboy Square was a vibrant urban center.  But with a $250,000 grant to the Shops at Doughboy, a planned mixed-use development, redevelopment there has been given another boost.

The Shops will be adjacent to the Roberto Clemente Museum at the intersection of Penn Avenue and Butler Street.  Central Real Estate Holdings, a partnership between October Development and Senko Construction, is the developer.

The URA, which has been heavily involved in redevelopment of Doughboy Square, requested the grant from the county.  The funds will be used for site work ahead of construction, which is expected to begin next spring.

The URA’s Paul Svoboda calls the site a “100% corner” that is important not just to Lawrenceville, but to the entire city.  The intersection is a gateway between Lower Lawrenceville and the Strip District.

Though the project has been reviewed by a number of neighborhood organizations, designs and renderings are yet to be finalized.

Because of a slope at the site, parking will be integrated below the Penn Avenue street grade, accessible from the building’s rear.  Retail will front the street, with residential units above.

Svoboda praises the developers for taking an early financial risk in acquiring the site, and for working with local stakeholders to ensure the design is amenable to all parties.

“There’s some risk that they took, but the rewards are going to be big,” Svoboda says.  “Not only for them, but for the whole city.”

Svoboda says recent investments in the square are making good on priorities outlined years ago in blueprints such as the Allegheny Riverfront Vision Plan, which called for an intense focus on Doughboy Square.

Shops at Doughboy is building on the momentum of several other projects in the square.  In the 3400 block, the Doughboy Square Townhomes development, which was completed last year, brought five single-family infill homes to the neighborhood.

And at 3431 Butler Street, the planned Doughboy Apartments is a four story, mixed income and mixed use building that includes 39 apartment units and 17,000 square-feet of first-floor commercial space.